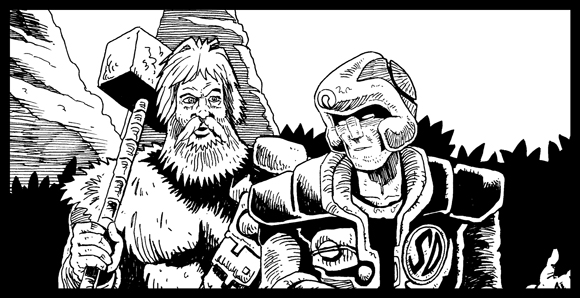 Above: Johnny and Wulf on the trail once again.

Introduction:
Dave Evans otherwise known as 'Bolt 01' Editor of 2000AD fanzines Zarjaz and Dogbreath sent me this terrific ten page Johnny Alpha Strontium Dog script written by veteran indie script writer Mark Howard. I had worked on Mark's scripts before and was looking foward to getting my teeth into the artwork.
The Script: Script writer Mark Howard gives us an insight into the writing of Death by Dog.

"I've always been interested in the Strontium Dog universe, especially the aspects concerning racism. Of course, the Powers That Be secretly love racism because, while we're all distrusting each other based on essentially insignificant differences, it keeps us too busy to watch what they're up to. "Death by Dog" was a kind of cursory examination of the consequences of that idea.

"The "bad guy" of the story, Vugger Bance, was, in his youth, the worst kind of racist - a mass murderer who saw his actions as justified and even righteous. But what happens when such a racist finally sees the light because a member of his own family turns out to be one of the people he's been conditioned from birth to hate? How would he deal with the guilt? .

"In this story, the old racist decides to kill two birds with one stone by committing suicide and using that suicide to enrich the granddaughter he should hate. But he reckons without the sense of honour possessed by Johnny Alpha! .

"I'm still learning as a writer, though, and I'm not sure my intentions came through clearly in the writing. I think David's artwork came closer to getting the core of the story across than my words!"

Thanks Mark for taking the time to share you thoughts on Death by Dog. I would like to add that I really enjoyed the fact that you emphasized the main characters expressions in this script. Then you went a step further and made their expressions part of the visual narrative. This in turn made me work a little harder to put those expressions into the art...hopefully this paid off for anyone reading with the finished strip. 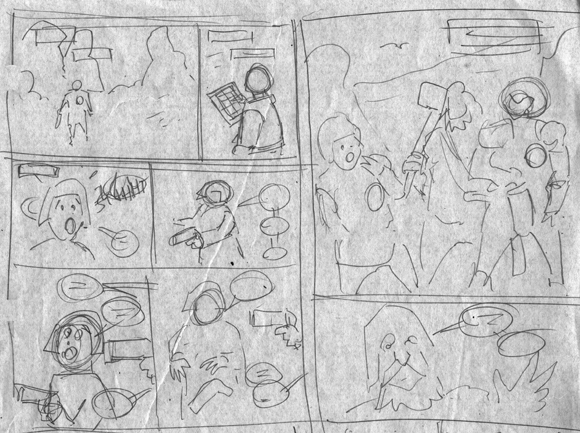 Above: Really rough layouts for pages one and two. 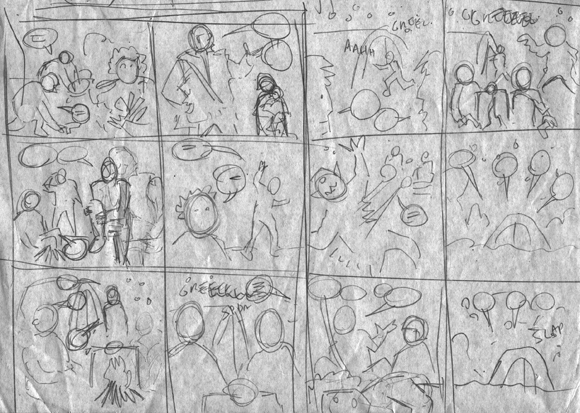 Above: Rough layouts for pages three and four. 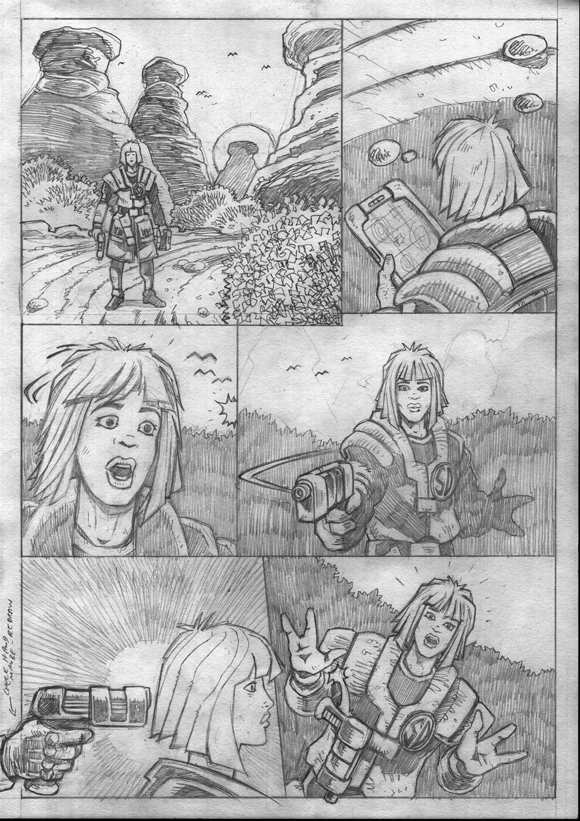 Above: Finished pencils for page one. I wasn't happy about the hand holding the gun on Panel five. 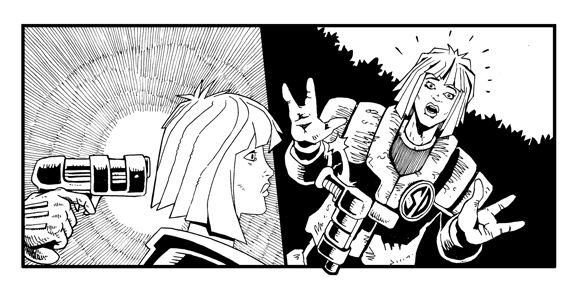 Above: Panels five and six finished inks with redrawn hand in panel five. 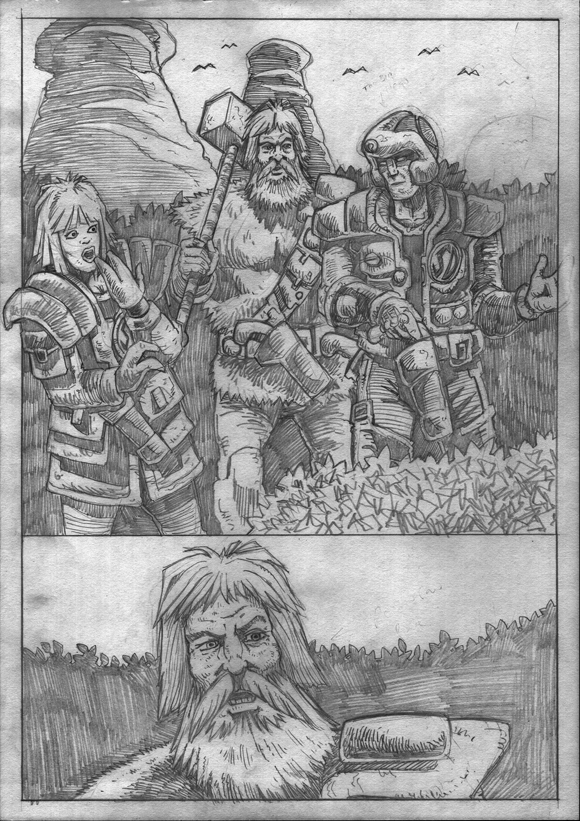 Above: Finished inks for last panel of page two. 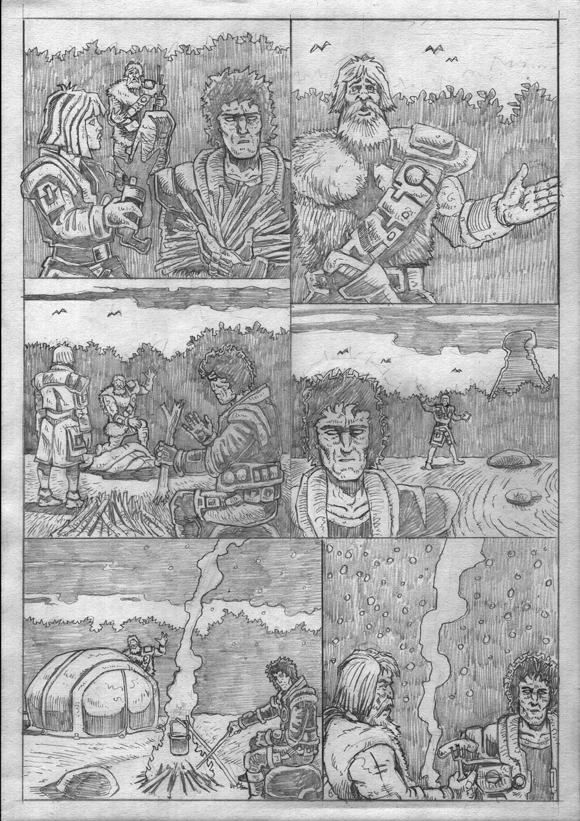 Above: Finished pencils for page three. I wasn't happy with Johnny's face in panels one, four and six. I felt that he looked more like Brian May lead guitarist of the rock band Queen than Johnny Alpha, especially in panel four. 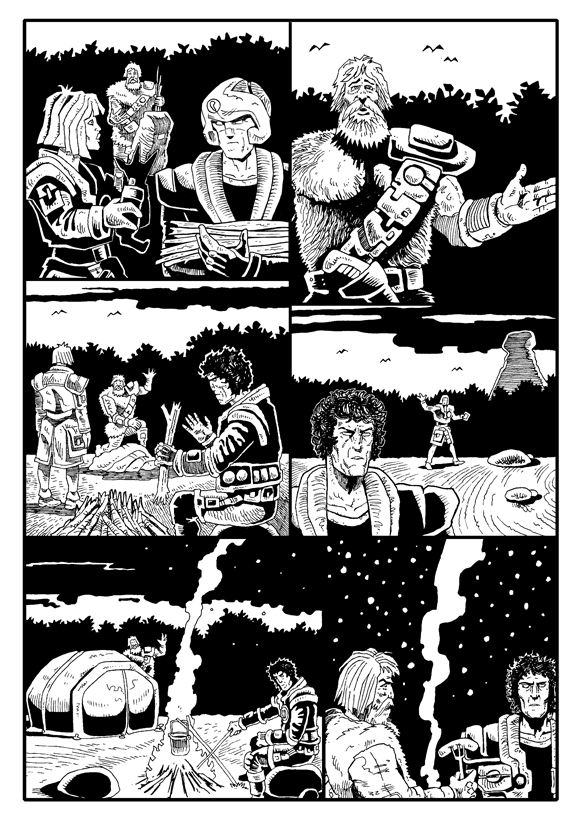 Above: The finished fully inked page after I redrew Johnny's face in panels one, four and six.
Please note that in panels five and six Mark asked for snow to start making an appearance gradually. 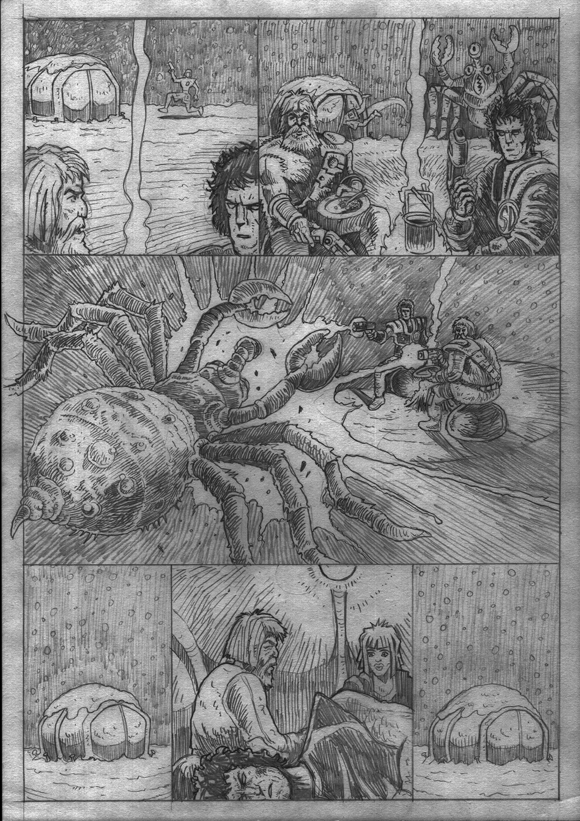 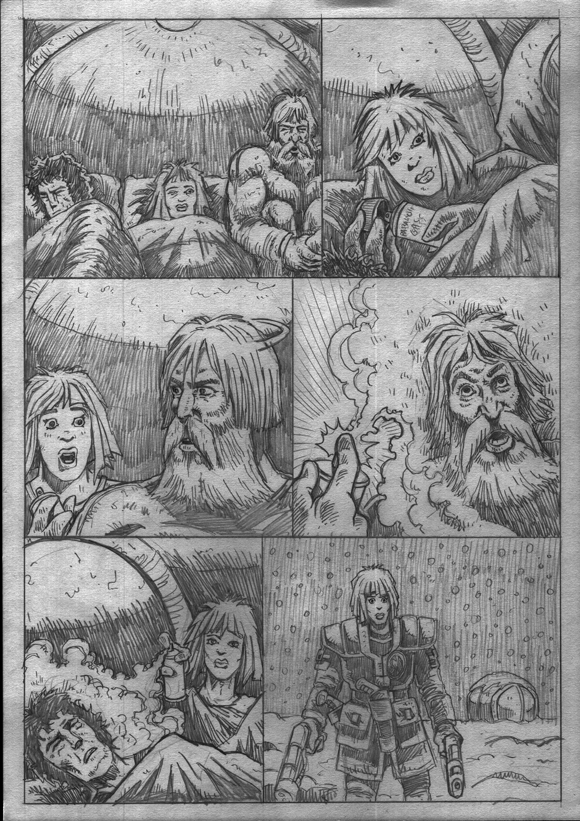 Above: Finished pencils for page five. Note the facial expressions that drive the story telling in this page that were prevalent in Marks script. 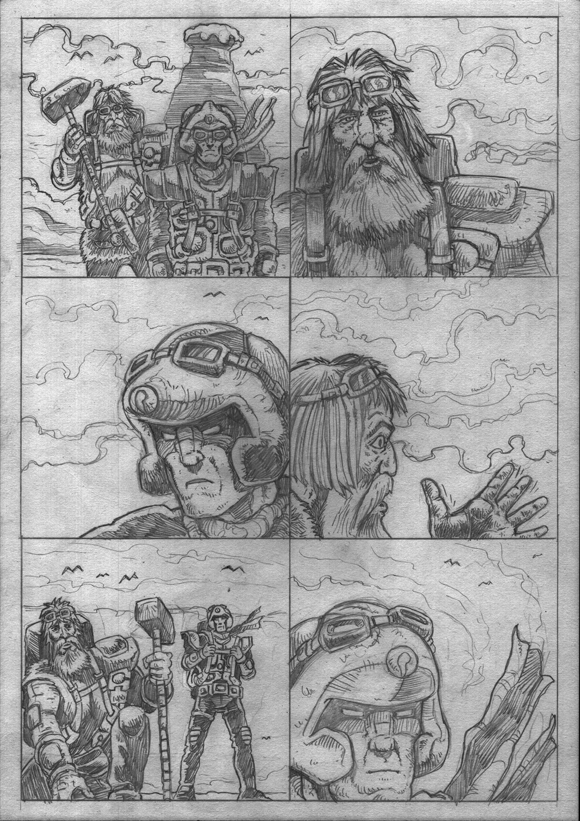 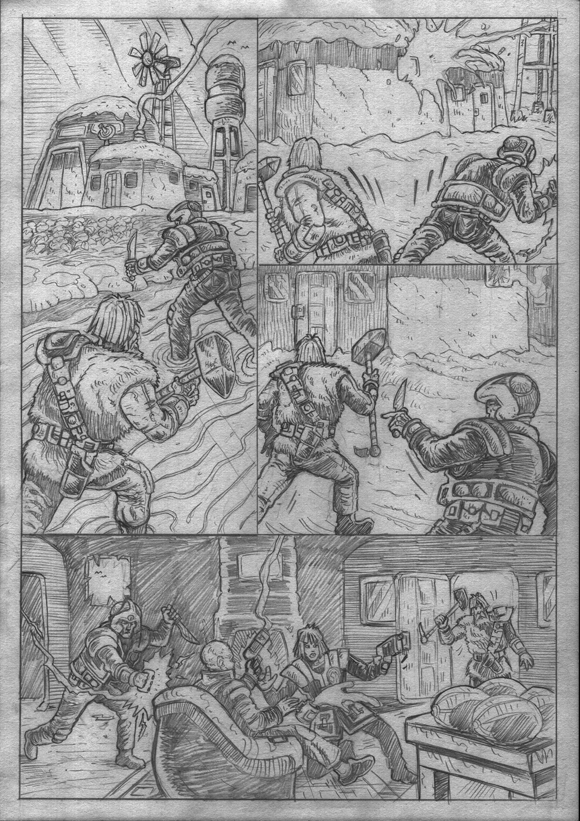 Above: Finished pencils for page eight. Pages nine and ten have been left out to protect the story.

Where to buy:
Strontium Dog 'Death by Dog' appears in Dogbreath #29 (see the cover pic below) which can be bought online via the Futurequake online shop here http://www.futurequake.co.uk/shop.php 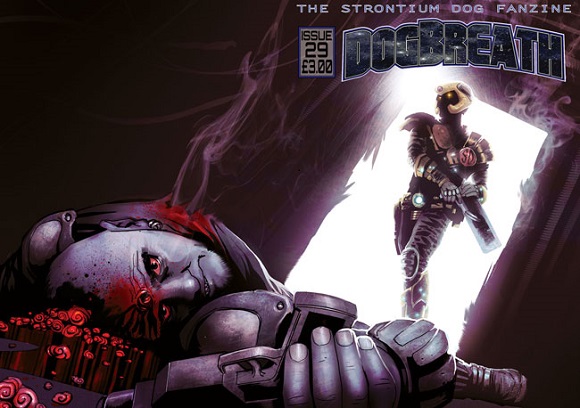 Preview:
Preview artwork for Strontium Dog 'No Choice' written by Lee Robson and artwork by myself David Broughton. Above: Johnny hoofing it down a flight of stairs.

Above: Lee's script asked for Johnny to be wearing a long coat. So I thought I would also change his clothing under the coat and rather than doing my best to emulate the master 'Carlos Ezquerra' when drawing Alpha's face and helmet...I thought I would put my take on it and tweak things very slightly.