Greg Meldrum contacted me on 1st January 2012 to ask if I would provide the artwork for a story he was writing.  The story was going to appear in an online publication called 'Temple APA' however there was a deadline of 29th January. I said I was interested and two days later a script appeared in my inbox.

After reading Greg’s script (which kicked butt!) I began the drawing process with thumbnail designs and rough layouts. I managed to finish the four pages of artwork by 12th of January.  I sent the scanned images to Greg who passed them to Owen so that he could letter the story.

Greg talks about martillo on his blog via this link:
http://hisowndrum.blogspot.co.uk/2012/02/vete-al-infierno.html

Martillo appears in Temple APA 10 and can be downloaded free via this weblink: http://templeapa.blogspot.co.uk/ 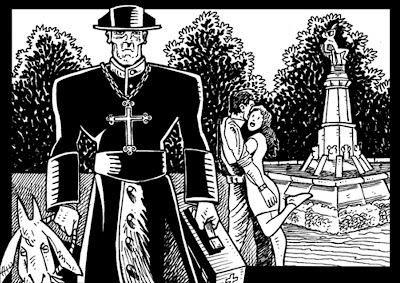 Above: The first panel page one of Martillo. 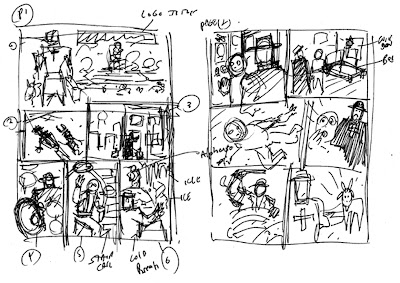 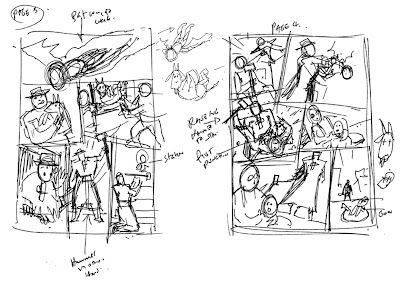 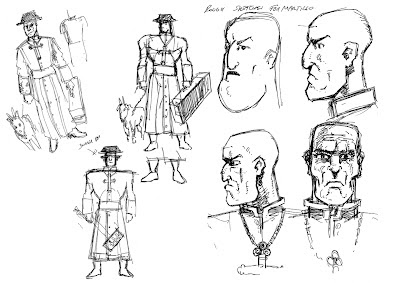 Above: Rough designs for Martillo. 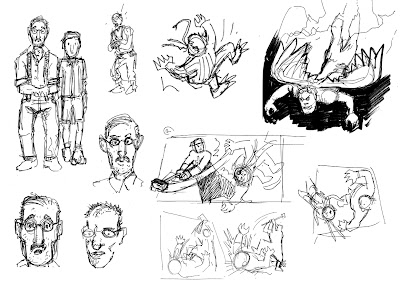 Above: Other thumbnail sketches for characters in Martillo .
Posted by David Broughton Comic Strip Artist. at 14:16