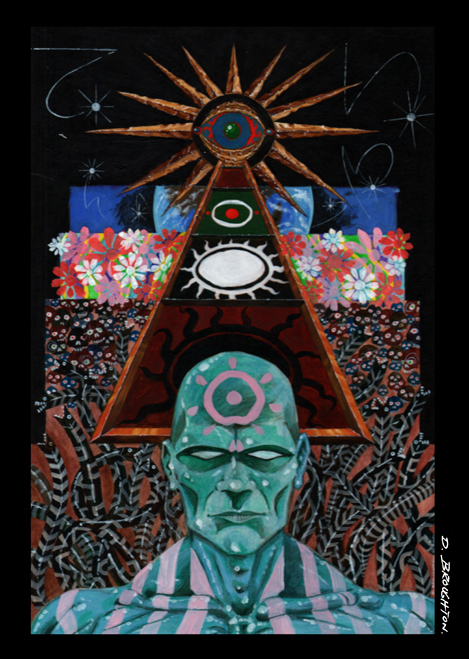 A few years ago I had an idea for a horror story which was to be based on dark and evil beings known as Dark Matter demons.

Above: This image was to be the cover for the story and depicts the four levels of consciousness needed to be able to visit the realm of the Dark Matter Demons. The picture is also based partly on diagrams depicting 'Jungs' collective subconscious.  Painted in Acrylics on artboard. 297 by 420mm. 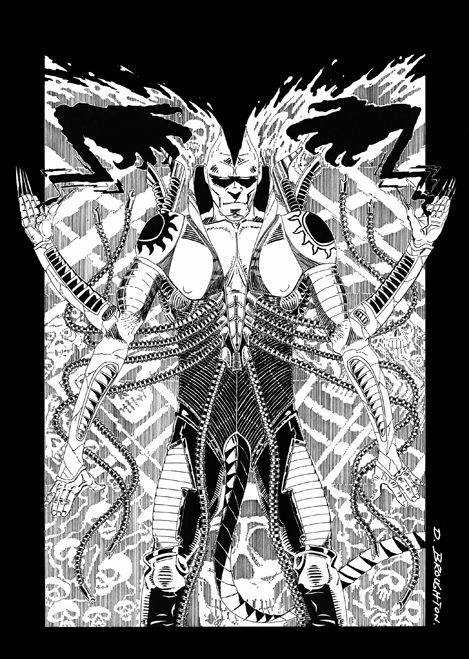 Above: I decided to produce detailed drawings of the Demons for this 'Dark Matter realm'
starting with the Demon 'Entropy'. The conceptual pencils for this artwork have been posted below. 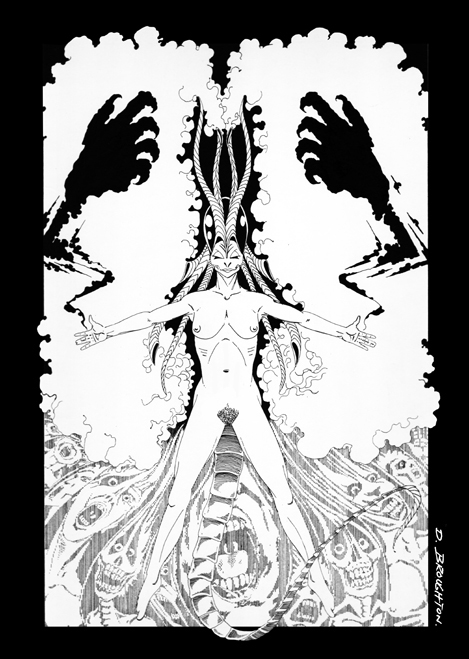 Above: The Dark Matter Demoness 'Temptation'.  Drawn in inks on artboard. 297 by 420mm. 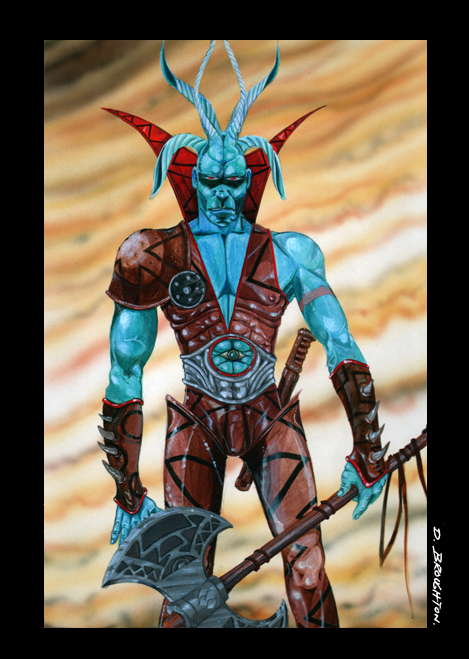 Above: The Dark Matter Demon 'Fury'.   Painted in Acrylics on artboard. 297 by 420mm.
Please Note: The back ground for this image was created by using an airbrush which can be seen in photos posted below. 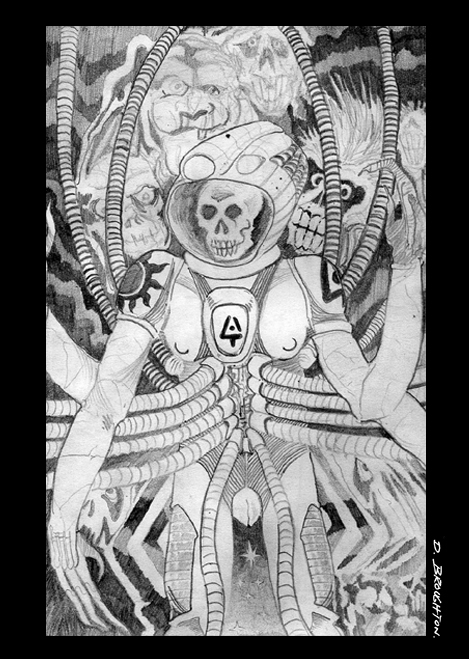 Above: The original pencil design for the demon 'Entropy'.
Below: The DeVilbiss super63 air brush and home made compressor built by my father.

Although plenty of rough sketches and ideas were put to paper, work on this story was never started.
However I enjoyed the many hours of intense concentration which went into the images above.
Posted by David Broughton Comic Strip Artist. at 02:04