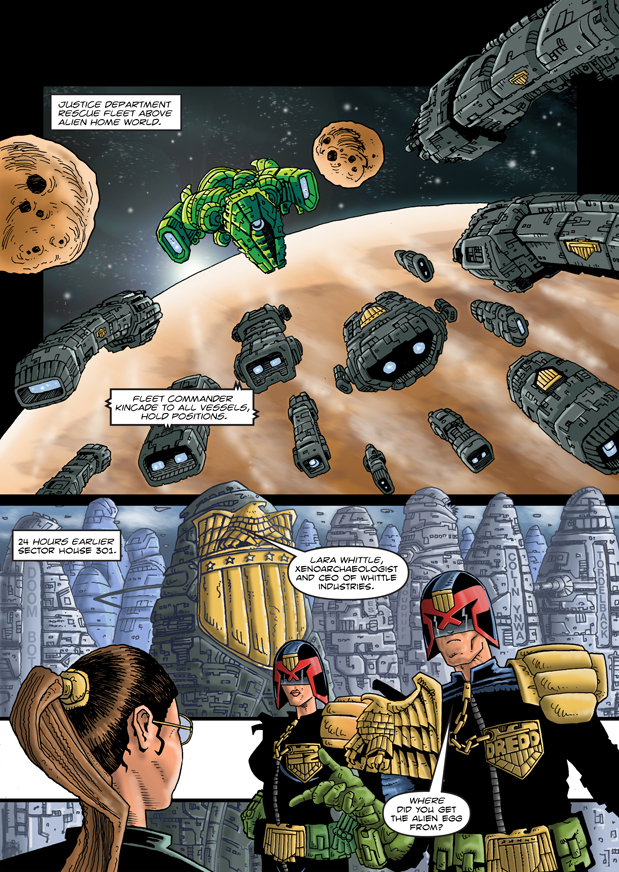 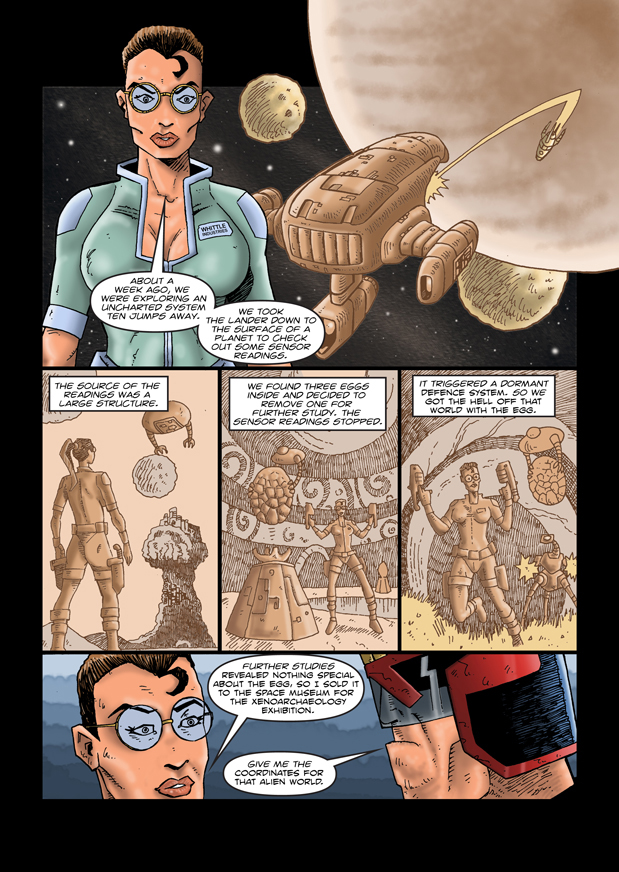 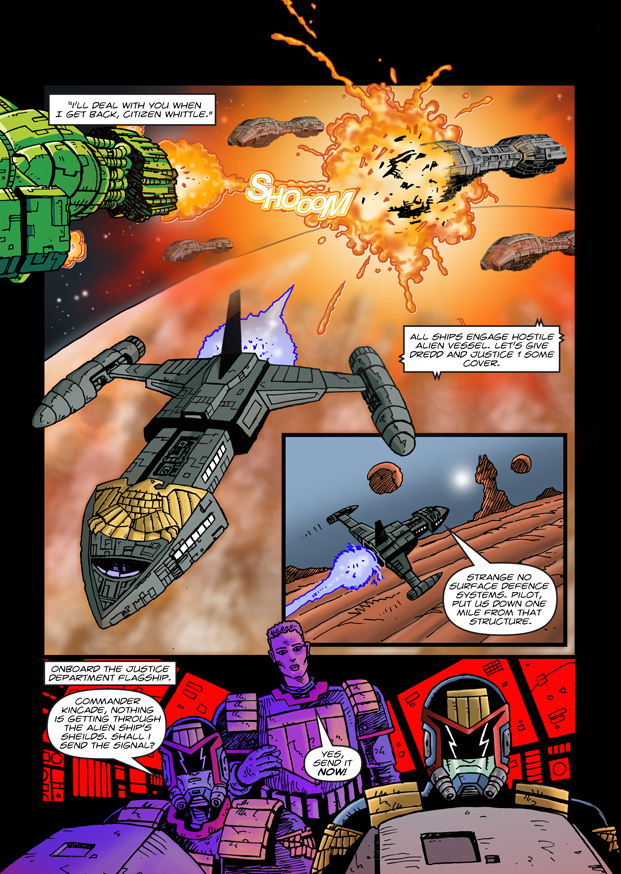 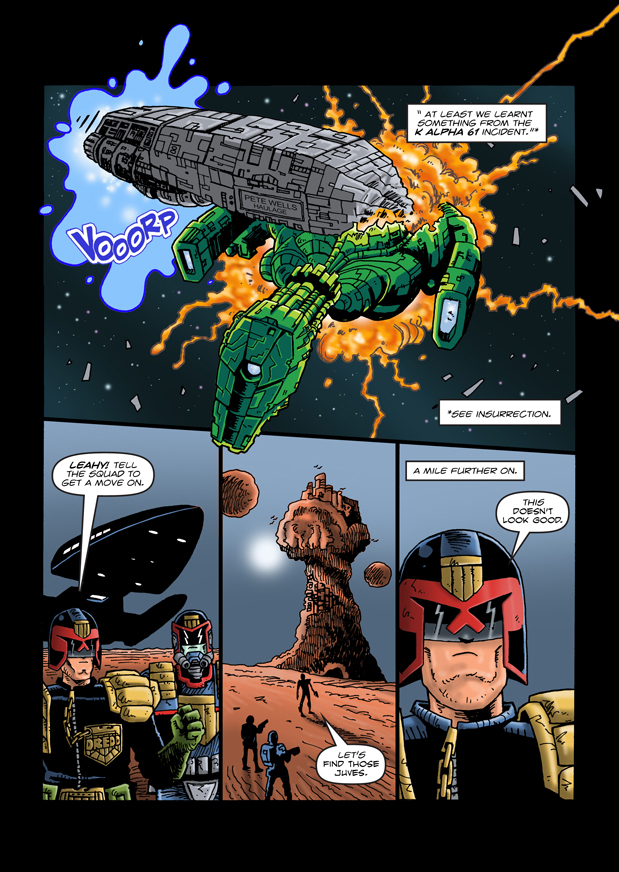 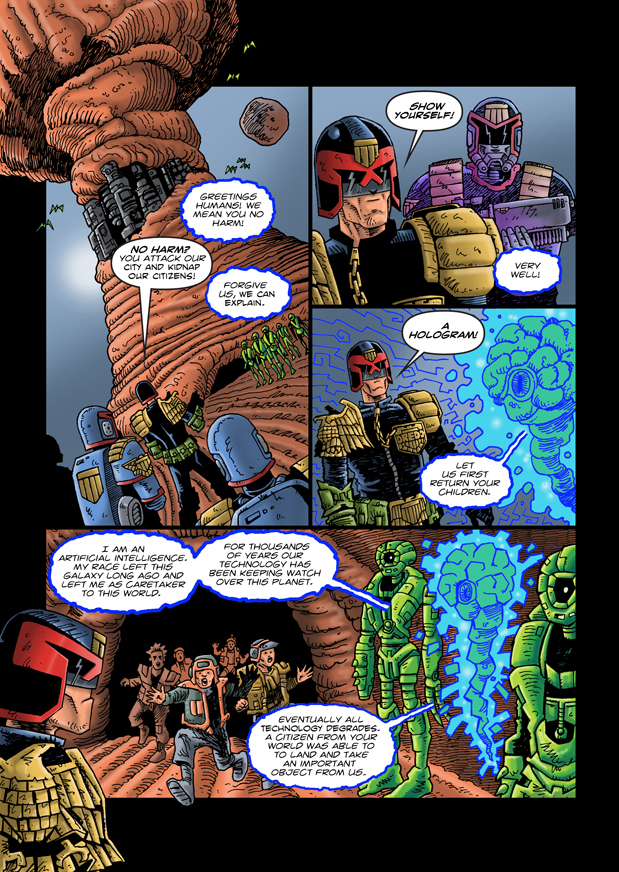 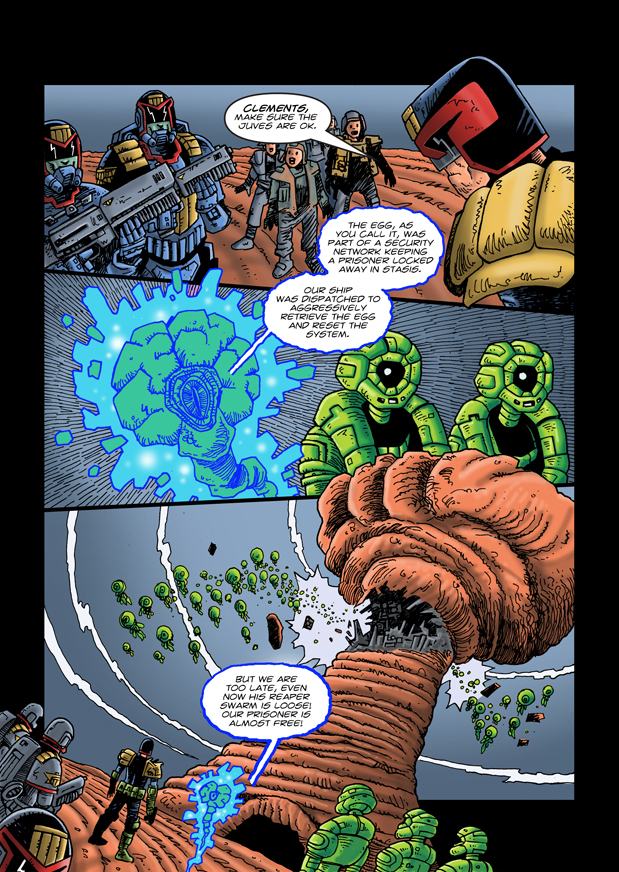 Before work could start on part three I had to complete six pages for a story in Zarjaz called 'What ever happened to Sancho Panzer' written by the Emperor. This was followed by a seven page story 'Martillo El Coco' http://dbroughton.blogspot.co.uk/2012/08/more-martillo.html written by Greg Meldrum.  Eventually pencilling and inking for pages 13 to 18 started on 14th August and were completed nine days later.  Colouring and lettering for the pages took place in November.

Below: Once again rough thumbnails were used for page layouts. 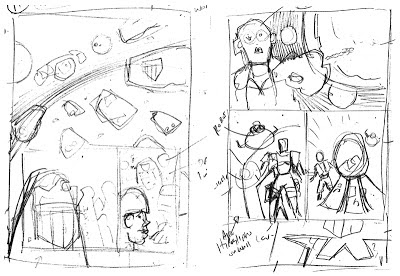 Above: Pages 13 and 14.  Panel layouts were changed on the finished page artwork. 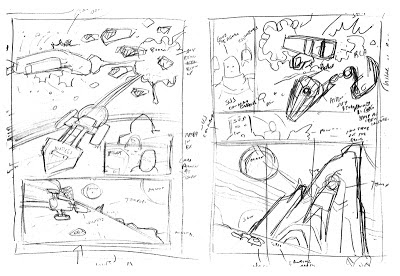 Above: Pages 15 and 16. Note the alien original temple design. 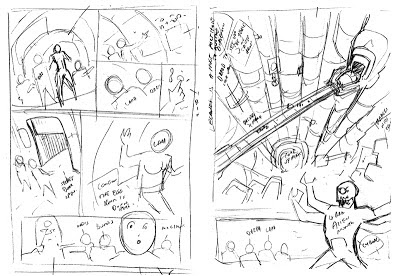 Above: Original layouts for pages 17 and 18 which were dropped due to a script change.