The Graduate was my first submission to a small press publication. I completed the story late in October 2010 and submitted the entire strip, completely lettered, in November of that same year. It was published in the 2000AD fanzine 'ZARJAZ No.13' roughly a year later on November 1st 2011.

Six months later as I write this, I know I was extremely lucky that my story got through first time with almost no changes to it.  The exception being that Dave Evan's offered his lettering services for the story and I gratefully accepted the offer. His lettering massively improved the whole look and feel of the finished story and without a doubt greatly enhanced the whole strip.

It was obvious that the guys in the ZARJAZ editorial team consisting of Richmond Clements, The Emperor & Dave Evan's take their job seriously and don't hold back when it comes to getting the scripts right.  My heart goes out to would-be comic script writers: although from what I can tell its good practice for writing scripts for the 'Mighty One!'

The Graduate is set in Judge Dredd's world of Mega-City 1 and for those that don't know the main character's identity is not known until the last panel of the story.  For older readers of 2000AD the slight twist at the end will reveal a character from around prog 450.
Here is the finished published story: 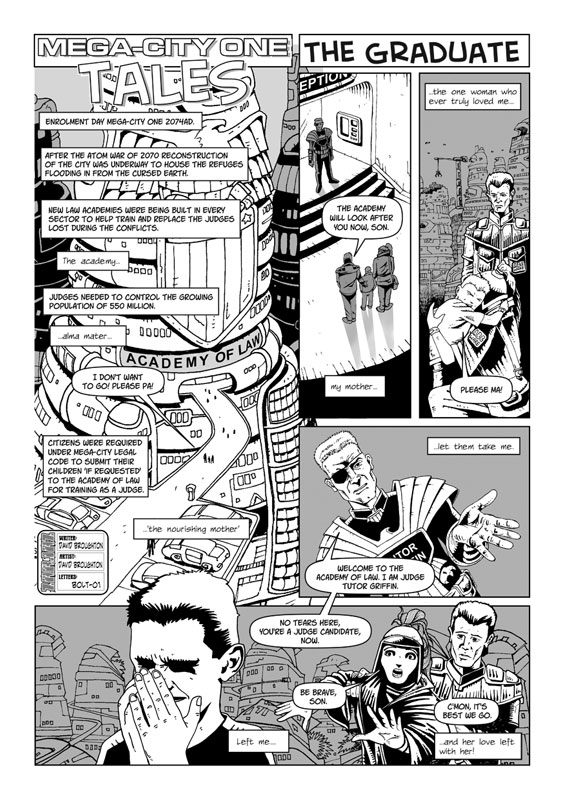 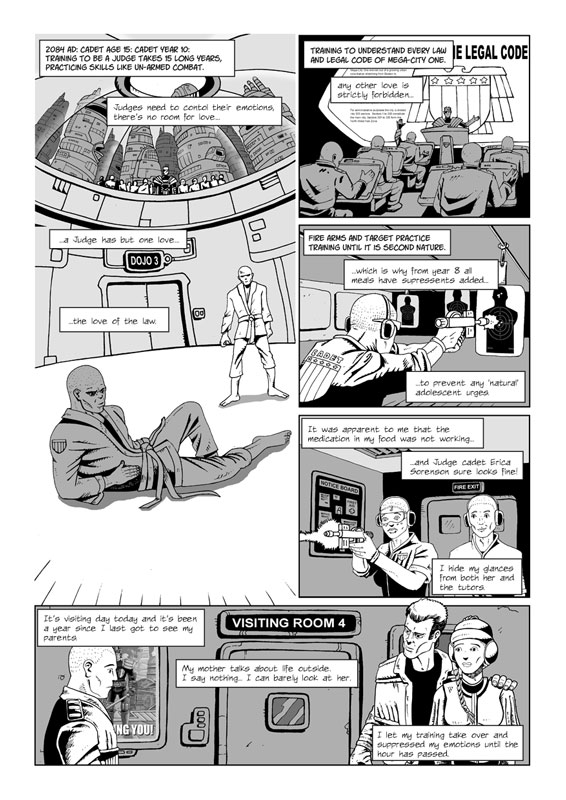 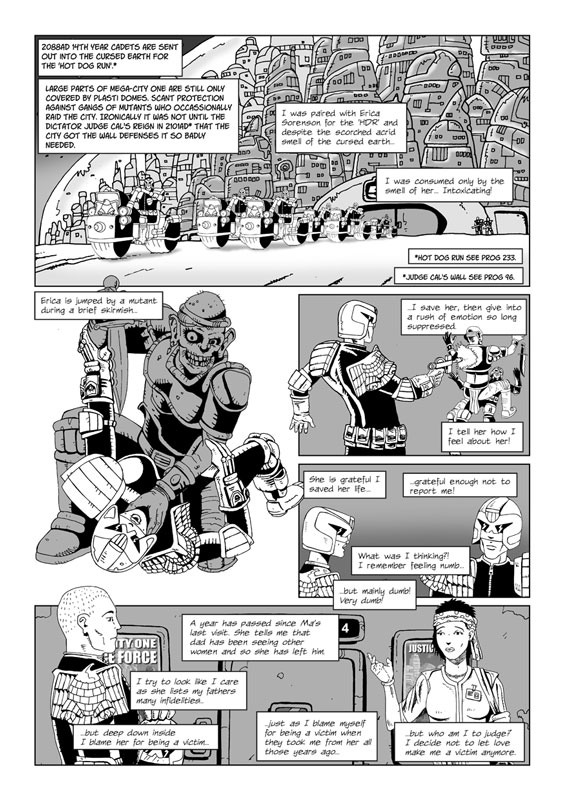 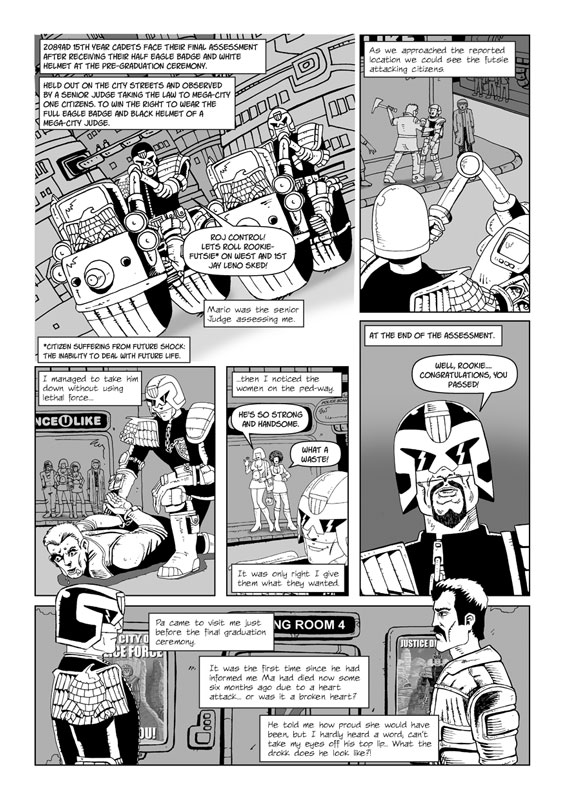 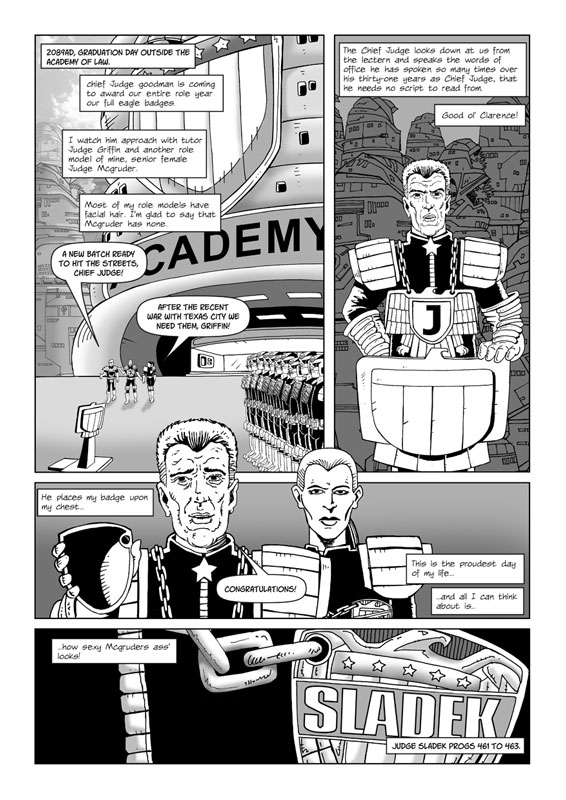 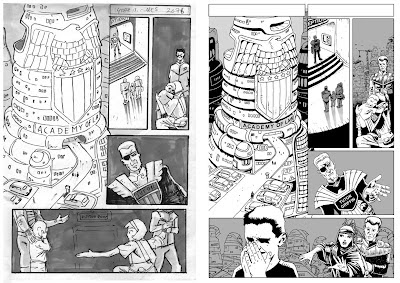 The page 1 layout (above left) shows that the last panel (panel 5) was changed for a more dramatic angle on the final artwork. 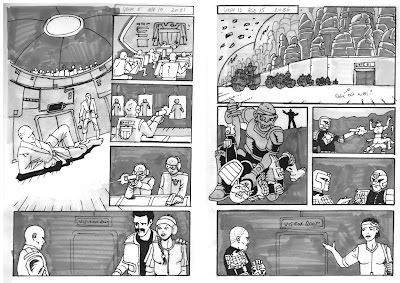 Above left: The layout for page 2 shows that one of the characters is sporting a moustache. This was removed from the finished art for plot purposes. On page 3 (above right) I wanted to mention the Plasti-domes that were seen over mega-city from prog 4 until approximately prog 90. 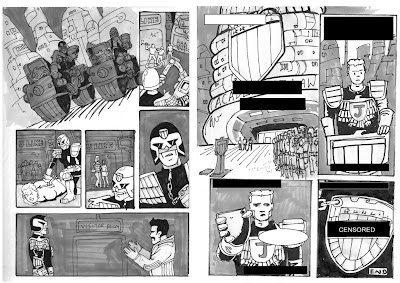 Above: Layouts for pages 4 and 5. The layout for the final page 5 artwork was changed from the rough layout (see above right) to a more dynamic one on the final published page.

The Graduate is no longer available to read in Zarjaz No. 13 (see below) which is now sold out. However other issue's of Zarjaz can be bought from the Future Quake online store via this link: https://www.futurequake.co.uk/zarjaz/?p=3 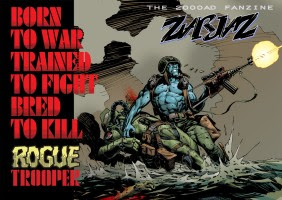